Sonesta Across the U.S. Joins Hands to Fight Hunger

One out of six Americans struggles with hunger. A recent survey polled people who seek charitable help and found that 40% of those households water down food or drinks so they have enough to feed their families. And 28% of food programs such as Food Banks have less food on hand than they need to service the population they serve. In addition, this survey revealed that only 5% of those served by food programs are homeless.

This month, from October 12-18, Sonesta hotels across the country joined hands to help hungry individuals and families. It marked the first time that all Sonesta full service properties participated in a Culture of Caring initiative and it proved remarkably successful.

That particular October week was National Food Bank Week, designed to educate the public and alleviate hunger in the U.S. Certainly, food donations to local Food Banks are crucial all year long, but this week allowed food banks to raise community awareness and stock up so they can feed families in the coming months. The timing of the event is important because as the temperatures drop in the winter, with many regions experiencing sub-zero temperatures, the less fortunate often have to choose between feeding their families and heating their homes. Food banks help to alleviate difficult decisions like this, decisions that no family should have to make.

To help keep shelves stocked, Sonesta hotels across the country contacted local Food Banks to ask how they could help. The answer was two-fold: they could donate non-perishable food and they could give some of their time. So Sonesta employees from Miami to New Orleans, from Boston to Houston, collected and purchased donations with an emphasis on low-sodium and protein-rich items. Dry pasta, canned tuna and salmon, brown rice, peanut butter, canned beans and low-sodium canned soups and vegetables were soon crowding employee kitchens, break rooms and offices in Sonestas nationwide. In many locations, some of Sonesta’s outside vendors, customers and other community partners contributed as well. Those who wanted to donate their time volunteered at Food Bank centers to unload vehicles and sort donations.

The country-wide initiative was a success, bolstering the stock of dozens of Food Banks and making every Sonesta employee think twice about hunger. We hope it also opened doors for Sonesta’s Culture of Caring to continue to have a national impact. 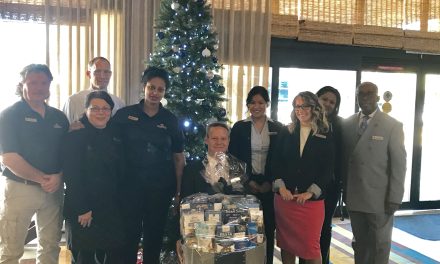 Sonesta Silicon Valley Adopts a Family for the Holidays

The Sonesta #CultureofCaring In Action In Toronto

Paws on the Patio at The Chase Park Plaza 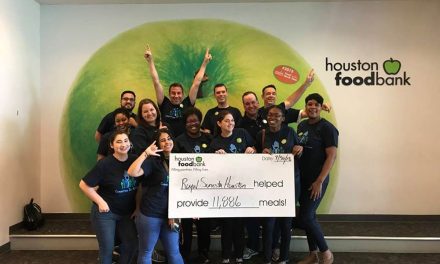 The Culture of Caring: Food for Thought