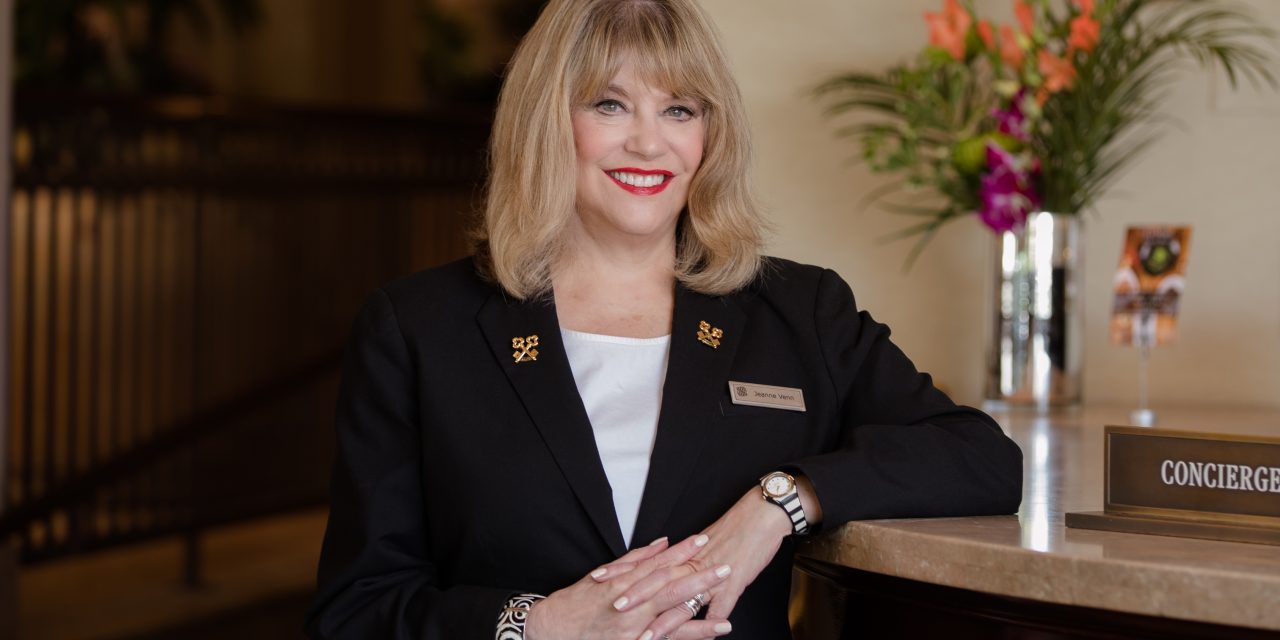 We were excited to launch our Les Clefs d’Or concierge series with an overview of the honor, and now we are here to introduce you to Jeanne Venn, long time concierge at The Chase Park Plaza Royal Sonesta St. Louis. Read below to learn about her career background and to get an inside look at what being a concierge at this iconic St. Louis hotel entails.

I became a Concierge quite by accident.  My first career was in Radio Programming, which I loved a lot and thought would be my “for life” career.  I took a break from full time work during my child’s early years since that was kind of all-consuming. During that time, I did some promotional work for companies while interviewing for a full time position in Radio.  I was hired for two weeks at The Chase Park Plaza to work in the lobby and talk to guests about some new entertainment venues that were being featured within the Chase. The hotel was always a “hot spot” for entertainment.  As you can imagine, guests begin asking many other questions. I was only too happy to answer these questions and found I really enjoyed doing so. This was 1979 and the Concierge profession was not widely known, but after having some great training at the Front Desk, in Sales and as the Manager on Duty, I received the title of Concierge.  During the first few years the question asked the most was “What is a Concierge?”. I did not get the radio job but was offered the opportunity to stay at the Chase- how lucky I was! Here I still am all these years later.

The historic Chase Park Plaza has been the place to stay for celebrities for many decades.  We had a very famous entertainer staying with us for a week, he was traveling with his two small dogs.  There were disposable diapers spread across the beautiful parquet floors in his Penthouse suite, which was because the dogs were not used to city streets and parks, and when they were walked they were not responding well which made him unhappy.  To solve the problem, we blocked off a portion of the street on the side of the hotel and recreated as best we could the terrain of Las Vegas, where they lived. We imported sand, got a few small palm trees and a cactus. The dogs were happy, the guest was happy.

We have some great restaurants within The Chase Park Plaza and we are very proud of our culinary staff, so of course I would send them their way and know they would not be disappointed.  We also have a very unique feature of a 5 screen first run movie theater within the hotel. This is really fun with great seats, a bar and even an organist who plays prior to many show times, reflecting long lost entertainment from the silent movie days which is when the hotel opened back in 1922. In the summer, guests can enjoy the beautiful pool, which is visible from the street and looks so inviting. They would find it on their own but would suggest they do not miss that opportunity.

I experience as many opportunities of restaurants, entertainment and cultural events as I can. I also read everything I can in print and on the internet pertaining to these events. However, the real secret is I have some trusted “satellite Concierge” who are people I know very well and am close with. They have great taste and are of various ages and styles and inform me of new and exciting things happening around St. Louis as well.

St. Louis is a city of great musical heritage. We have a wonderful first rate Symphony Orchestra and the great Grand Center Arts District where you will find jazz, blues and small theater. The beautiful Forest Park is located right across the street from our hotel and features several large museums and the St. Louis Zoo. It’s just an incredible place to stroll around and enjoy – and it’s free!

You have the honor of being a Clefs d’Or Concierge. What meaning does that have for you?

I was fortunate enough to be accepted into Les Clefs d’Or in 1986, one of the earlier members and to this day one of the only ones in Missouri.  To me it was crucial to be able to practice my profession in the most effective way possible and learn from the very best. This was pre-Internet so you had to do extensive research on everything.  My colleagues in Les Clefs d’Or were so helpful and inspiring.  The dear friends I have made along the way and the wonderful places I have been able to experience have been highlights of my life. 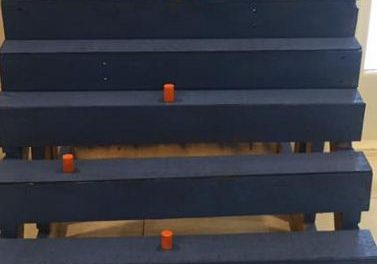 Everyday Surprises – A Moment of Fun 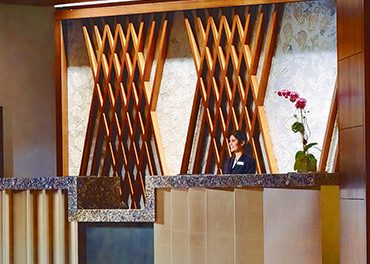 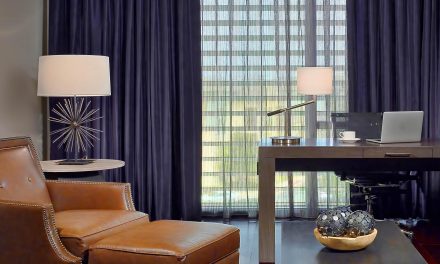 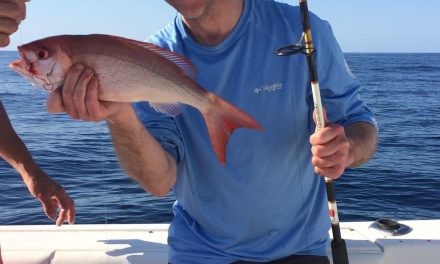