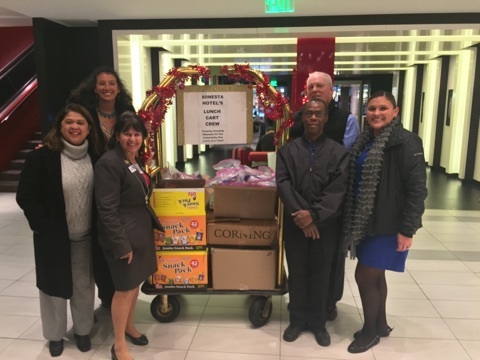 the Tuesday after Thanksgiving – Giving Tuesday, as it has come to be known – the “Lunch Cart Crew” at Sonesta Philadelphia Downtown Rittenhouse Square laid out bread, turkey, cheese, snacks, bottled water and baggies on a meeting room table. In assembly line fashion – with hearts focused on our Culture of Caring, they got to work. By the time they were done, more than 200 prepared lunches were ready to be delivered to the homeless of the city. It was all part of a special initiative, which strives to ensure that no one in the City of Brotherly Love goes hungry.

The Lunch Cart Crew packed their offerings into large boxes, which fit nicely on festively decorated wardrobe carts, and headed into the streets. It was a damp, chilly day, so they knew the city’s less fortunate would be seeking shelter in the underground corridors that form Philadelphia’s subway system.

As you can imagine, the recipients of the surprise lunches were grateful, many quickly understanding that a handmade nourishing meal is one of life’s warmest gifts. The team spent the lunch hour wheeling their lunch cart amidst the underground warrens of the busy stations, getting lots of smiles and generating lots of curiosity among bystanders.

With Sonesta’s Lunch Cart Crew, there IS such a thing as a free lunch, and they’ll be back at it in future weeks to help keep the city’s homeless fed as showcased on FOX29 news. In fact, their outing was so successful and so important, they plan to purchase a new cart that they’ll use exclusively for this initiative of caring and compassion. 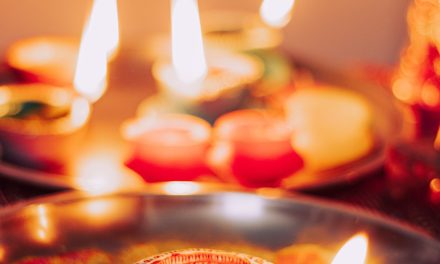 Hope, Health, and Happiness For Diwali 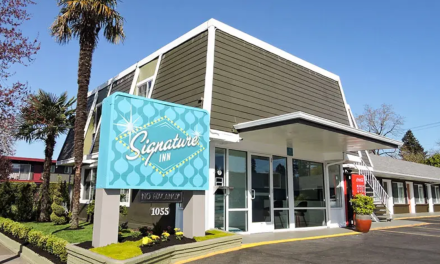 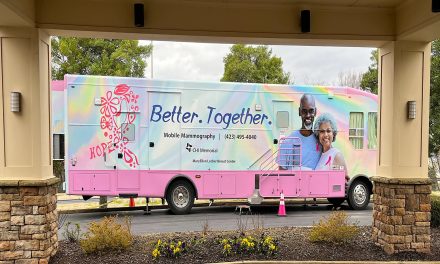